NASA has released the names of the first nine US astronauts for the first four manned, commercial space flights. A mixture of ex-Space Shuttle crews and test pilots, the nine men and women will be the first to ride on an American-made and flagged spacecraft since the Shuttle was retired in 2011, and will act as crew on the first two test flights and the first two mission flights to the International Space Station (!SS).

The space agency’s August 3 announcement is the latest step in the United States’ return to a manned spaceflight program. Since the last Space Shuttle mission, STS-135, landed at the Kennedy Space Center on March 9, 2011, NASA has been completely dependent on Russian Soyuz spacecraft to ferry crews to the ISS. To return manned launches to American territory, the US government has encouraged private firms to develop and operate complete space launch systems to send astronauts and cargo to the space station and return them to Earth. 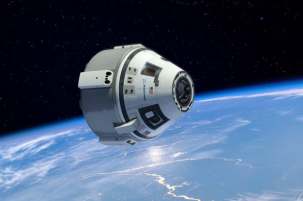